In the upcoming 93rd Annual Macy’s Thanksgiving Day Parade, Goku - Earth’s Greatest Defender and the legendary hero of the iconic Dragon Ball franchise – returns to New York for his second straight appearance! Brought back to the parade by Toei Animation, Goku - in his Super Saiyan Blue form – debuted in the Macy’s Parade in 2018 in a huge buzz wave leading up to the theatrical feature, Dragon Ball Super: Broly. Goku’s debut was also the first time a Japanese manga character has appeared in the iconic parade.

The return of the over 55-feet-tall Goku will precede another major upcoming release: Bandai Namco’s all-new action, RPG video game, Dragon Ball Z: Kakarot, arriving on Playstation 4, Xbox One, and PC on January 17, 2020.

Be sure to tune in to NBC exactly at 9am on Thanksgiving morning to see Goku soar through New York City once again! For more info about the Macy’s Thanksgiving Day Parade, check out https://www.macys.com/parade. For new updates about Goku’s return to the Macy’s Parade, follow Toei Animation on social media. 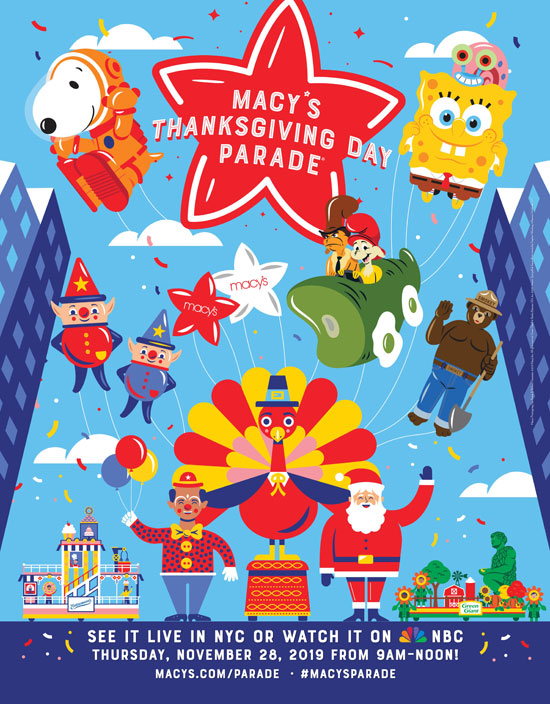 NEW ANIME AND GAME ADAPTATION OF DRAGON QUEST: THE ADVENTURE OF DAI ANNOUNCED AT JUMP FESTA 2020

THE DRAGON BALL SYMPHONIC ADVENTURE COMES TO THE UNITED STATES IN 2020 WITH A PREMIERE PERFORMANCE IN CHICAGO!

ONE PIECE: STAMPEDE WILL CHARGE INTO THEATERS THROUGHOUT THE U.S. & CANADA IN OCTOBER